Serena Williams' quest for a record-equalling 24th Grand Slam win has been put on hold after a stunning third-round defeat to Chinese 27th seed Wang Qiang.
Wang stunned the American 8th seed by taking the first set and lead by a break in the second set, before the seven-time Aus Open winner clawed her way to a deciding set.
However, Wang lost none of her composure in the decider, closing out Williams 6-4 6-7 (7-2) 7-5 in a thrilling contest.
After the stunning defeat, which took her Grand Slam title drought to three years, Williams laid the blame at her own feet after an uncharacteristic 56 unforced errors compared to 43 winners.
I made a lot of errors," she said in her press conference.
"I didn't hit any of those shots in New York or in general in a really long time.
"I just made far too many errors to be a professional athlete today.
'It's not about the tournament, it's just like I can't play like that. I literally can't do that again. That's unprofessional. It's not cool."
Since her 2017 success in Melbourne, Williams' has lost four consecutive Grand Slam finals, but refused to give up hope of running down Margaret Court's all-time record.
"I definitely do believe or I wouldn't be on tour," she said.
"I don't play just to have fun. To lose is really not fun, to play to lose, personally.
"I don't know. I seem to do well the last two slams of the year. I don't know. I have won them all several times. Each one is definitely an opportunity for me to go out there and win.
"It's not even about the slams, it's about me playing good tennis, and I didn't do that today.
"That is more disappointing."
Following her historic win, Wang continued to show her steely determination, admitting she still believed even after blowing her lead at the end of the second set.
"I believed I could do it," she told Nine.
"During the second set I was really confused, but I had to be calm.
"I was a little bit confused inside but my mind told me that I had to focus on the court and I had to trust myself."
The result was a spectacular turnaround from the Chinese star considering her humbling at the hands of Williams in the quarter-finals of last year's US Open where she managed to win just 15 points in a crushing 6-1 6-0 loss.
Williams' defeat was made more stunning by her strength on hard courts throughout her career, with her third-round exit the first time she was eliminated in the opening week of a hard-court major since 2006. 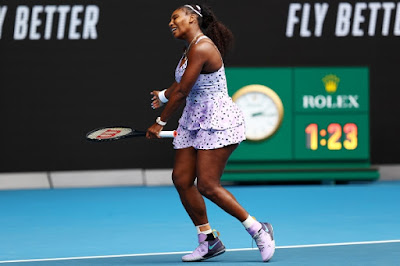 
A champion at Melbourne Park two years ago, Wozniacki choked back tears as she paid special tribute to her lifelong coach and father Piotr.
"I usually don't cry, so sorry, but these are the special memories that I will always cherish," said the former world number one.
"It's been a great ride. I'm ready for the next chapter. I'm really excited about what's next to come."
Revered as one of the fiercest fighters women's tennis has ever seen, Wozniacki landed her only Grand Slam crown in Melbourne with an epic victory over Simona Halep in 2018.
Before that, she had made the final of the US Open in 2009 and 2014, losing to Kim Clijsters and Serena Williams in respective years.
Former Australian Open champ Caroline Wozniacki has been overcome by emotion after Tunisian trailblazer Ons Jabeur sent her into retirement in the third-round.
Jabeur backed up her first-round win over 12th seed Johanna Konta with a 7-5 3-6 7-5 win over the 2018 Open champion on Friday.
Following the loss, Wozniacki fought back tears as she reflected on her successful career. 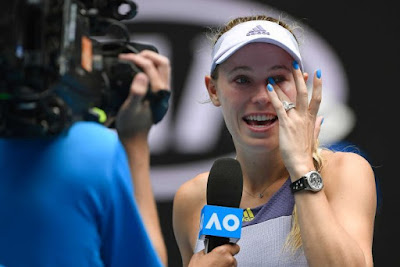 "I think it was really fitting that my last match would be a three setter and that I would finish my career with a forehand error," she said after the loss.
"The things I've wanted to work on for my whole career. I guess this was just meant to be."
When asked about what she would remember the most from her career, Wozniacki got emotional when talking about her father Piotr, who has been her coach throughout her career.
"Obviously the achievements that I had on the court were amazing," she said.
"The fans, the feeling you give us players feels really amazing. The support I've had from my family, especially my dad who has coached me all these years. 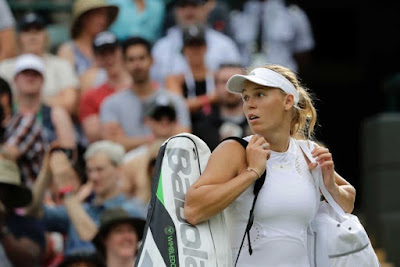 Roger Federer has advanced to the fourth round of the Australian Open.
The world No.3 defeated Aussie John Millman in a five-set thriller 4-6 7-6 6-4 4-6 7-6.
The six-time champion had to call on all his fighting qualities, trailing the Australian 4-8 in their deciding super tiebreak.
Federer managed to reel off six straight points to secure the victory, icing an unprecedented 100th win at the Open with a forehand winner.
"Oh God, it was tough - thank God it is a super tie-breaker otherwise I would have lost this one," Federer said.
"I think John played a great match.
He might as well have been a hero in the match - it was a great fight and it came down to the wire at the end and a bit of luck, maybe.
"I never really felt comfortable and I thought John did a great job of keeping me on my back foot, that I couldn't always step in until the last shot.
"I went to go for it and he picked the wrong side."
In a pulsating encounter lasting four hours and three minutes and ending just before 1am, world No. 47 Millman had his chances.
As well as his commanding tiebreak lead the Queensland veteran broke the world No.3 early in the fifth set but wasn't able to consolidate on his own serve.
He had another opportunity to break the Swiss great at 3-3, with two break points but that window snapped shut.
Federer next meets Hungarian Marton Fucsovics with world No.12 Fabio Fognini the only other seed left in their depleted quarter of the draw. 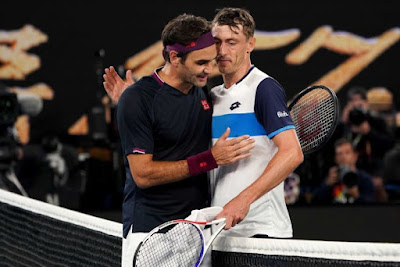 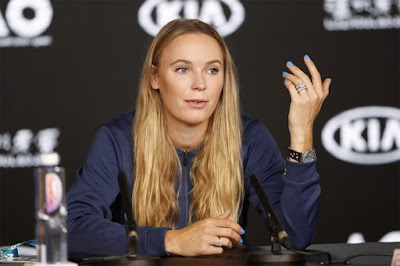